This isn’t exactly in the tutorial, but I am trying to place a bunch of spheres/planets in the view. Since they are just basic primitives, I am trying to implement them similarly to how just the one sphere was added in the early chapters, instead of importing a sphere as a .obj. I am trying to add them by adding the meshes to an array and then looping through the array, however, they don’t appear in the view. If possible, could you help me with how to go about doing this? Below are snippets of the main files, as well as the Node class.

Hi - would you be able to upload the complete project, please? It’s really difficult to see what’s going on when I don’t have the complete picture!

There could be all sorts of things happening with shaders and vertex descriptors etc.

It seems that I cannot upload the file because I am a new user. Here is the link to the project on Google Drive. Thank you, Caroline!

Your model matrix scale is out of this world

- try replacing the planet model matrix with identity, and work from there.

There’s still something off about the mesh, but that gives you a starting position 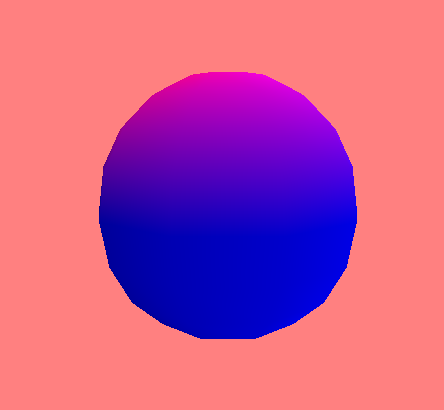 Thank you so much, Caroline! My scale factors were too small by 3 orders of magnitude, which explains why I could not see them on the screen

Note to self, use print() often to debug

Hello, Caroline, I hope I can bug you with another question (no pun intended… well, maybe).
I am trying to apply textures to my sun and planets now. Interestingly, when I add the UV attribute to the vertex descriptor, I get the following result when I run the program. 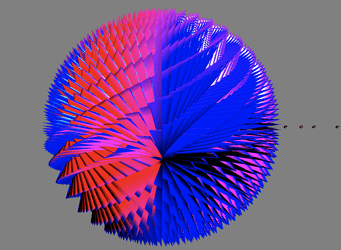 I am basically following the steps in Chapter 6: Textures for creating the UVs. Do you know why it is behaving this way? Is it because Metal does not unwrap the model, unlike Blender, and is unable to include a UV map for the descriptor to reference?

Here is the link to the project, if it will be easier for you to see.

If you change the drawIndexedPrimitives type to .point, you can see that the vertex positions have gone from vertical to spiral, and on the inside something wonky is happening.

This is the mesh’s vertex descriptor:

The chapters are using a default vertex descriptor with specific offsets to read from obj files. MDLMesh.sphereWithExtent uses different offsets. You can see that the mesh normal offset is 12, whereas the default one is 16.

in two places, and the planet will be round, and hopefully your uvs will fix themselves too. 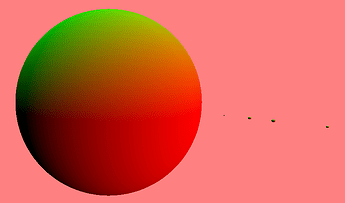 Thank you for all your help, Caroline! I want to share the results with you

Thank you so much for sharing