I’ve modified the forward vector for 3D space like;
normalize([sin(rotation.y), -tan(rotation.x), cos(rotation.y)])
but it is still problematic. How can i achieve that problem?

My project’s github link is solarsystem-metal. You can download it for testing. After you run macOS version, you can change the focus camera with pressing 1 and 4 keys and rocket movement with w,a,s,d,q,e and space.

Here is my little rocket 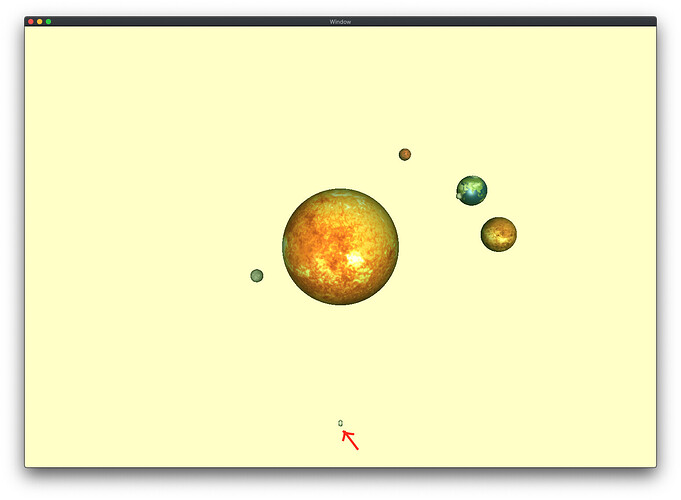 My other question is about the Right Vector;
return [forwardVector.z, forwardVector.y, -forwardVector.x]
I dont understand the usage of this, could you explain with more detail?

I love your space model, especially the ambient lighting on planet earth!

Your question is quite difficult to answer, because the movement is in three dimensions.

The book code is in two dimensions, as the player only moves on x and z.

To explain the right vector… 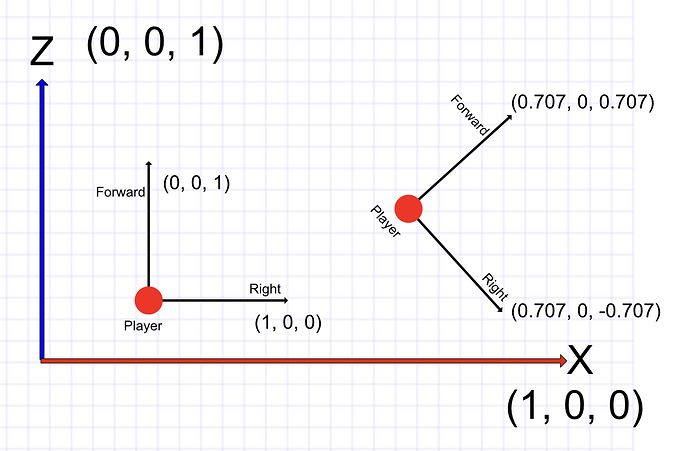 The movement code is:

When you press w, the player moves ahead in his currently facing direction. In the first example on the left, the direction is [0, 0, 1] (that’s from the w key), meaning go forward in the z direction.

When you press a, the direction is (-1, 0, 0), so the forward vector will be multiplied by zero, so only the negative of the right vector is used.

Thank you very much about right vector explanation

About three dimension forward vector, is there any document that you could suggest?
For now, i can continue with two dimensions because i spent a bit more time about figuring it, in future i would like to go back for fixing it.

It’s a matter of doing the math. There’s a great Math book recently set free. This chapter is on rotations:

@thaliloglu - I played around with how to do 3d movement using quaternions. I forked and created a branch from your GitHub. This is your scene with an extremely large rocket in it 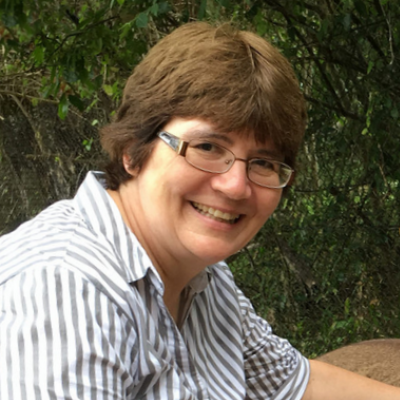 The movement is extremely naive. Spacebar only moves rocket along forward vector while pressed, and I guess you’d need to apply some law of motion. There’s no decay in acceleration and no thrust dynamics, etc.

But it does show how to rotate in 3D using quaternions.

It only works on macOS - I didn’t even look at what it does to iOS.

That is great! Thank you very much for your effort and time. It helped me a lot. I really appreciated.