¿How we can load the .json lvls in the Standalone version of SuperSoyBoy?

When you compile SuperSoyBoy for Windows, you simply place the level .JSON files under the “_Data” folder in the folder where you have the built executable file.

Here is an example of two level files I placed in the built version of the saving-data chapter project for Super Soy Boy to give you an idea of where the files should go. 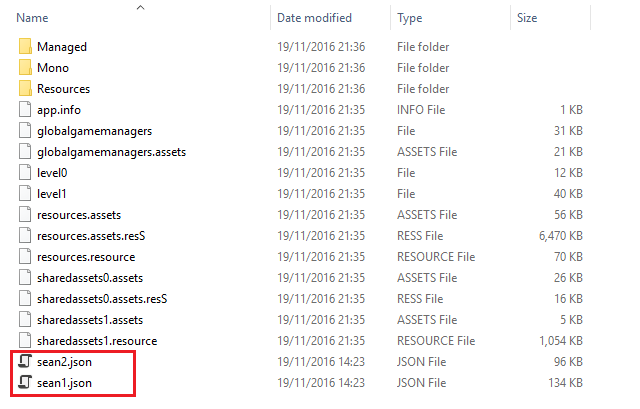 Yes thank you, but if i want to share the standalone game with other people, they will load the game without lvl’s if they don’t do this trick before open it.

Yes that is true. There are a variety of different ways you could handle this though. For example:

You can read more about Resources.Load() here - http://docs.unity3d.com/Documentation/ScriptReference/Resources.Load.html

But I think it is also covered in one of the chapters in the book too!