More Scene Kit, I just finished 3D IOS games by tutorials, I second the board game suggestion in Scene Kit, or something with tile maps.

I like the suggestion on Instruments. Also, a PaintCode series would be good.

I would love to see a tutorial on building messenger bots for Facebook or another platform. I’m not sure if it strays too far from the focus of the site but I think it is very interesting and relevant to mobile developers.

Read this if you want to make a bot.

I think one of the most useful and already endorsed by raywenderlich previously is RESTKIT . I really find annoying that such a basic yet powerful library has no updated documentation AT ALL … It would be nice to see how much it changed in Swift 2, the “right way” to install the library (due to uncounted eternal bug fights between cocoapods, restkit and xcode team) and the best practices to set up manger/services classes. Maybe im just old school and there is already something better/updated out there and I haven’t noticed yet. Anyways, thanks for reading this suggestion!

Swift Firebase video tutorial series can be really helpful to understand fastly in explanation way how to create database for a real world app and connected with special UI like pagination / pull to refresh topics. If It can be in raywenderlich.com that’s good preference. Thanks for all. I’m waiting and working with today’s tutorials.

I agree with jcubed. A PaintCode series would be awesome.

How about iPad specific gotchas? So much is focused on the iPhone in the world wide web. However, there are iPad centric concerns. For example… As opposed to the iPhone, perhaps the iPad with multitasking can be an issue for some apps.
As you know, “Multitasking in iOS 9 allows two side-by-side apps and the Picture-in-Picture window…” which is from 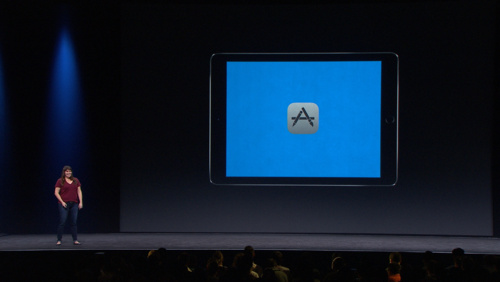 Multitasking in iOS 9 allows two side-by-side apps and the Picture-in-Picture window to simultaneously run onscreen at the same time...

I would be interested in a tutorial that covers intermediate/advanced playgrounds, and how they might be tied to test driven development (if that is appropriate).

When playgrounds were introduced, there was a lot of coverage about how to use them (re:tutorials). Since their introduction, features have been added but I haven’t found any tutorials that have been updated to include those features.

In addition, I’m wondering if (as part of that series) there could be suggestions of how to use playgrounds vis-a-vis test driven development. Meaning - if you can import your objects/class into a playground and then use the playground to test or develop it, can’t you reuse your playground code in your testing code?

Thanks for the suggestions all! We definitely read all of these when considering what video tutorials we make next.

@ys_xs Good news - we do offer English subtitles! Just click the ‘cc’ button in the lower right of the video to see them.

With Apple moving it’s focus a lot on security with iOS 9 (like recommended use of https for all connections by default), it would be good to see some video tutorials on Security aspects. Prime inclusions can be Basics of TLS, KeyChain, Secure Enclave and the likes. I feel that as iOS developers, just as much as it’s important for us to follow best practices on UI/network calls, Security is just as important, or perhaps a lot more where applicable.

Would like to know what App Transport Security Settings will get accepted into the App Store; i.e., can we have Exception Domains in a production app, or are only HTTPS calls accepted? I supposed we could test this in TestFlight once the build is uploaded to Connect, but would be nice to know more about this beforehand. A tutorial on best practices for obfuscating sensitive data in Swift would be helpful too.

A tutorial on now to send the image captured by an iPhone or IPad camera to tvOS would be great. Useful for kids practicing ballet, or anything else where it would be handy to be able to watch yourself real time

I will love to see carekit tutorial

I’ll third Paintcode. There are a few tutorials but nothing that covers in depth use case for Paintcode.

My vote goes for carekit tutorial.

I’m having a really hard time figuring out how to add stylized text for my game’s HUD. SKLabelNode doesn’t offer any customization beyond size and color, so the other option is to use a bitmap font. The problem is that any tools made for adding bitmap fonts to Spritekit use Objective-C. I only know Swift and while I think I’ve come close to figuring it out, I can’t seem to get any bitmap fonts working in my game.

I would love to see a tutorial on adding bitmap fonts to Spritekit with Swift.