Learn how to quickly build a real-time chat-enabled iOS app, written in Swift, that looks and behaves just like Messages with this Firebase tutorial.

This is a companion discussion topic for the original entry at http://www.raywenderlich.com/122148/firebase-tutorial-real-time-chat
2 Likes
bionik6 February 29, 2016, 4:42pm #2

Nice tutorial so far. I’ve built a one to one chat based on this tutorial with user authentication. The way I track a conversation between two users is I sort both their uid, then I truncate each one of them to take just 10 characters then I merge them.

I chose this approach because I can’t rely on the Id generated by with chilldByAutoId() method and I don’t want to store all these ids and write a lot of logic in order to know which conversation goes with which users.

The chat is working so far but I wonder if there isn’t a better way of doing this?

Very nice tutorial, thanks a lot!

Just one question: how to get the back button? It seems to be masked…

When I run the app after installing the pods like you mentioned, I get an error saying:

No such module ‘Firebase’

Is there a solution to this?

Thank you for providing such great tutorial,this helped me jumpstart my app.

But the same question as thomilecool^, how can I get the back button when I am at the chat view.

Hii
Interseting tutorial. I am expecting this kind of tutorial again. Please give some suggestion about my site.
Visit: Essay writing services

Awesome tutorial! One thing you might be able to add for those who are feeling extra adventurous is how to implement the didPressAccessoryButton method. As of now the app just crashes if you press that little paper clip. Could we bring up an ImagePickerController to send a photo? What if we wanted to send a GIF? Does the JSQ Messages View Controller support these things? Thanks!

Remove print(authData) in the ChatViewController.swift file to simulate and install the build on your iPhone.

While the ChatChat app builds on the XCode iPhone simulator successfully, there was an issue in the main thread while trying to run it on my iPhone to test out the messaging function on both the XCode simulator and the iOS device I was trying to test it on.

The above fix seems to solve it.

I am trying to do the same as you and build in a one to one messaging feature with my app.

I am also trying to gather UID’s to make sure the messages are going to the right two people. Is there any tutorials on this as I am a bit stuck. I think I’ll use the childbyautoid to create a key in a messages node. Within this key I was then going to have ‘to: uid ( of person message is going to)’, ‘message: content’, and then maybe a ‘from: sender’.

If you can help that would be great!

After I downloaded and run your real-time chat project, it gives errors for

On Script, on these lines it writes: Thread 1: EXC_BAD_INSTRUCTION(Code=Exc_I386_INVOP, subcode=0x0)

and down below n log: it writes fatal error: unexpectedly found nil while unwrapping an Optional value.

I only changed firebase urls and pressed build on iphoe 6s plus.

I have tried in 2 different mac but still having same problem.

Thank you very much for the help!

I think I get the tutorial bit late … you think you can upgrade to FirebaseDatabase (3.0.1)? because I have problems with observeMessages()
Thanks and regaras.

I have followed everything step by step and when I first try to run it, I get an error.

How do I solve this problem?

Here is completed project updated to Firebase 3.2.0 and FirebaseDatabase 3.0.1. 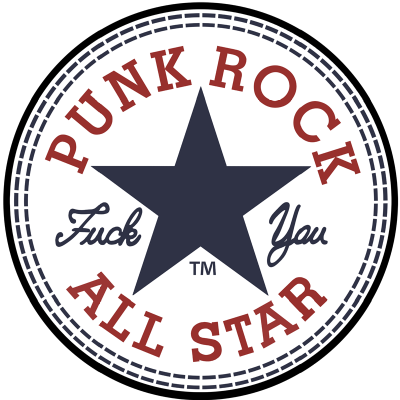 This is completed project based on "Firebase Tutorial: Real-time Chat" by www.raywenderlich.com. - Huralnyk/razeware-firebase-chat

Thank you! excellent works, the only thing missing is me add the label name, because my app will have a group chat, try the following code that previously worked me but not anymore.

Edit: I needed to add func displayName addMessage. Now if you show me the label of the sender.

Got this error when I tried to run it: Could not locate configuration file: ‘GoogleService-Info.plist’.

Sorry, I forgot to mention.
In order to run project, you should make some setup steps.

Provide your own configuration file as described here https://firebase.google.com/docs/ios/setup#add_firebase_to_your_app

Update following line in ChatViewController.swift with your own Firebase App URL.

And here we go.

Necessary steps to adapt to Firebase 3.2.0

There is a problem that I’m trying to solve: in FIRAuth docs the method signInAnonymouslyWithCompletion returns the currentUser instance. Yet when I call .displayName it returns nil.
This is why I hardcoded senderId property of chatViewController - it must not be nil.

Hope we’ll work it out, the tutorial is simple and excellent.

Hello, i am having the same issue. Did you ever get a solution to solve this issue?

Getting an error on the LoginViewController initial variable:

“Use of undeclared type ‘Firebase’”

any idea how this could be? 2 hours this has wasted already : /