The player controls one or more disco balls (the main character) and eliminates techno ghosts using powerups like: disco shield, disco steps, disco beats, disco king and disc jockey. The neon mazes, use of color, design of visuals, overall illumination and effects are inspired by the 80s.

As the developers of Disco Mazes, we also proposed a new theory of everything according to which:
the universe begun as a disco ball, while the big bang was just the starting music beat. 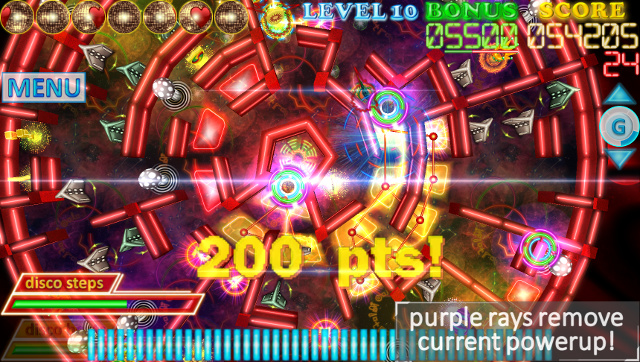