Coder's Stone -- an app for developers

Thanks to the authors of the tutorials on this website that helped me in developing it! 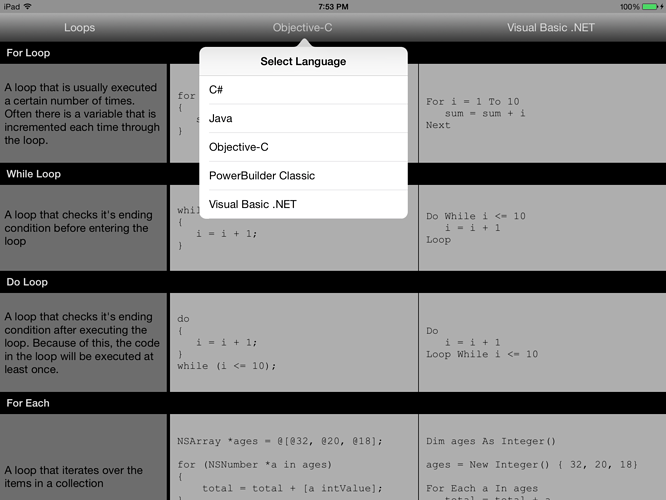 Wow this is really useful! With Swift 3 coming next month (hopefully), any plans of adding Swift?

Yes, I’ve been working to add Swift. I didn’t want to add it too early because the language details were still being worked out. I had hoped to get a version with Swift 3 out when Swift 3 was released, but I’ve gotten a little behind.

Ah okay, smart. I remember when the traditional for-loops were taken out of Swift and my Xcode project was suddenly packed with errors.

You know what might be a good idea? Perhaps you could store the Swift data somewhere online. Then you could fetch the possibly updated data every time you start the app.

That’s a good idea. I might do that in a future version. Thanks!

No problem. Happy I could help!

Also, in celebration of Programmer’s Day, Coder’s Stone is half price for the next few days. ’