I did everything as it is written in the book. I didn’t add my code.

I go to the screen PhotosViewController 9 times.
I’m trying to deal with memory at this point. In the console it prints:
completed photo selection - 9 times
It would seem that everything works and you can safely turn the page.

But it opens the memory manager and there we see this: 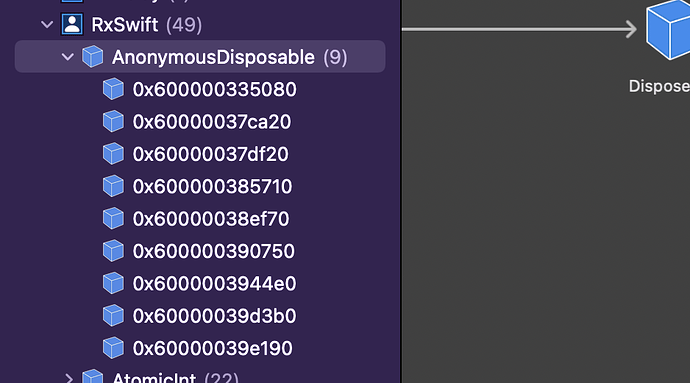 It turns out that this is a memory leak? Is there a mistake in the book?

Hi, that’s a great observation - I agree it’s a bit strange at first sight that disposables are still in memory even if the subscriptions are already completed.

I hope that clears the topic a bit more.

Thanks for the answer. Now it became clearer to me.