When I run the command

I get the response:

Can someone help me out? I’d prefer not to go through the migration steps indicated for a project from a book…

I’m now getting this on starter projects I open from the book. It seems like something has changed with the latest updates to Android Studio and Flutter.

Flutter makes it easy and fast to build beautiful apps for mobile and beyond - Upgrading pre 1.12 Android projects · flutter/flutter Wiki

Running “flutter pub get” in 07-routes-and-navigation… 2,466ms
This app is using a deprecated version of the Android embedding.
To avoid unexpected runtime failures, or future build failures, try to migrate this app to the V2 embedding.
Take a look at the docs for migrating an app: https://github.com/flutter/flutter/wiki/Upgrading-pre-1.12-Android-projects

Looks like I’m stuck for now. None of the book projects will build anymore.

Creating a new project using Android Studio New Flutter Project wizard does work (albeit with some warning about remapping name spaces from 02 to 01; not terribly reassuring).

A New flutter project I created just that way a few weeks ago, similarly gives the warning now.

Perhaps I need to try starting a new project, and then adding in the code files from the book starter projects.

Starting to doubt my sanity…

So, I completely uninstalled Android Studio and Flutter. Then re-installed. Still no dice. I can build a new Flutter project just fine. Trying to open one of the Flutter Apprentice starter projects results in the same warning, which then stops the build.

Looks like I’m going to have to import each chapter’s starter code into a newly created Flutter app if I want to continue with the book examples.

Thanks for reporting this.
We’ll fix it in a future update to the book.
In the meantime this should be the minimal set of changes needed to build the app for Android. 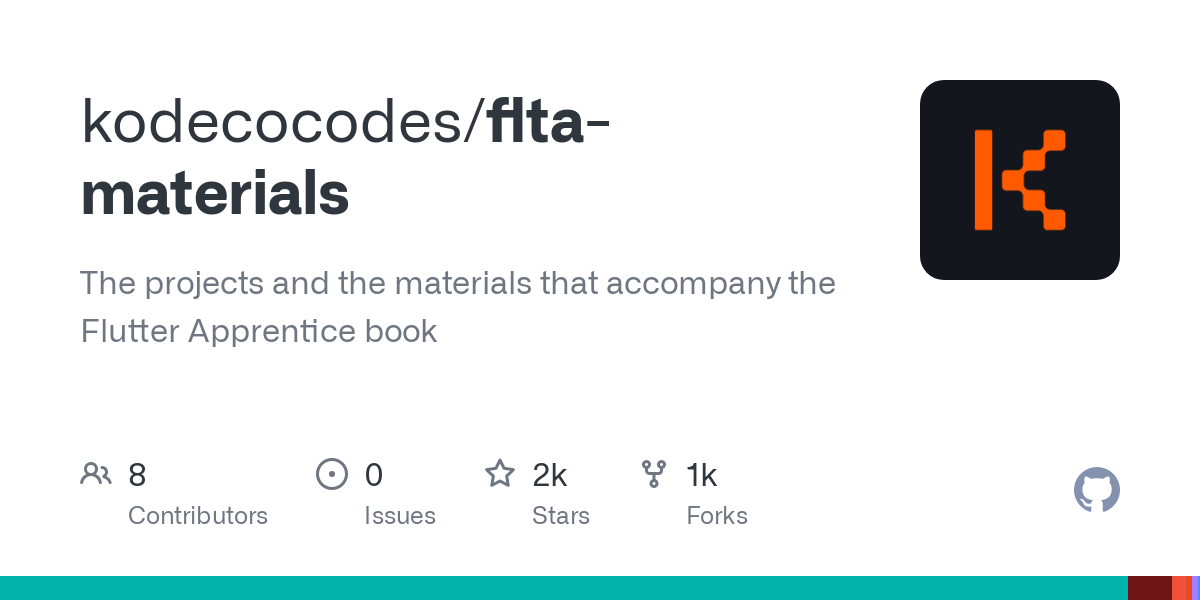 The projects and the materials that accompany the Flutter Apprentice book - Comparing editions/2.0...quick-update · raywenderlich/flta-materials

I did it only for chapter 7 but very similar updates should work also on other chapters.

Thanks for the response. I will give the changes a try. Hope the repository source can be updated soon! It’s a great book, and I’ve been learning quite a bit from it compared to my previous run-through with the standard Flutter tutorials.