One good practice is to keep your model objects out of your view controller. You'll do that in this video by creating your own model class. 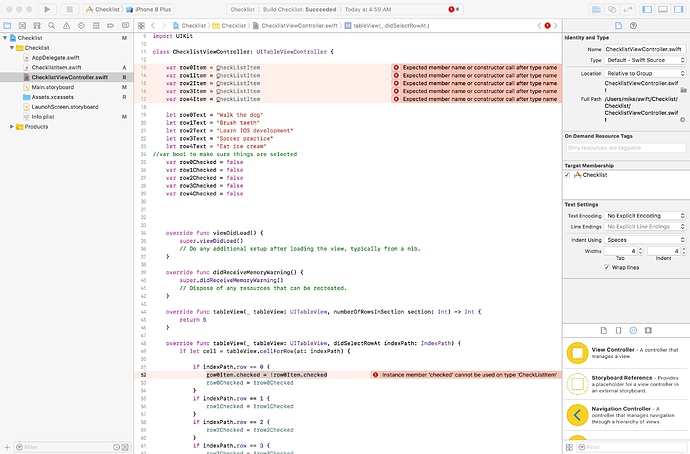 The code in the video defines the type of the CheckListItem as opposed to creating instances. So it should look like the following:

Give that a shot and those errors should go away. Note, the errors won’t go completely away until you implement an initializer.

…really? Bone head mistake, sorry and thank you for checking. Working on no sleep is killing me!