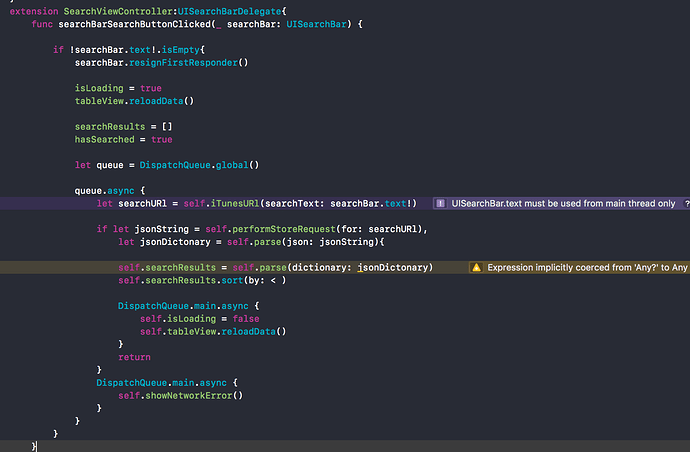 Hi, I did exactly same as book , is something changed in Xcode or Swift,or we should deny this error?

I do not see an error - just two warnings. Did you mean the warnings? If so, do note that certain things will change between each version of Swift and Xcode and warnings that were not there previously might crop up with newer versions of Swift and/or Xcode. Since you are working off the fifth edition of the book, you might want to look at what sixth edition does since that is written for the current version of Swift and Xcode.

Generally though, a warning is not going to stop you from being able to run your code. But it is always good to fix the warning since the warning indicates an underlying issue.