Recently, Codeanywhere has started to provide a Swift container for assisting developers to jumpstart Swift development. Unfortunately, the Swift release provided in the container is only version 2.2, while the Vapor framework requires version 3 or above.

The following article is going to show how to upgrade the Swift release in the pre-defined container, download the Vapor framework/example, and launch the Vapor example in the Codeanywhere environment. 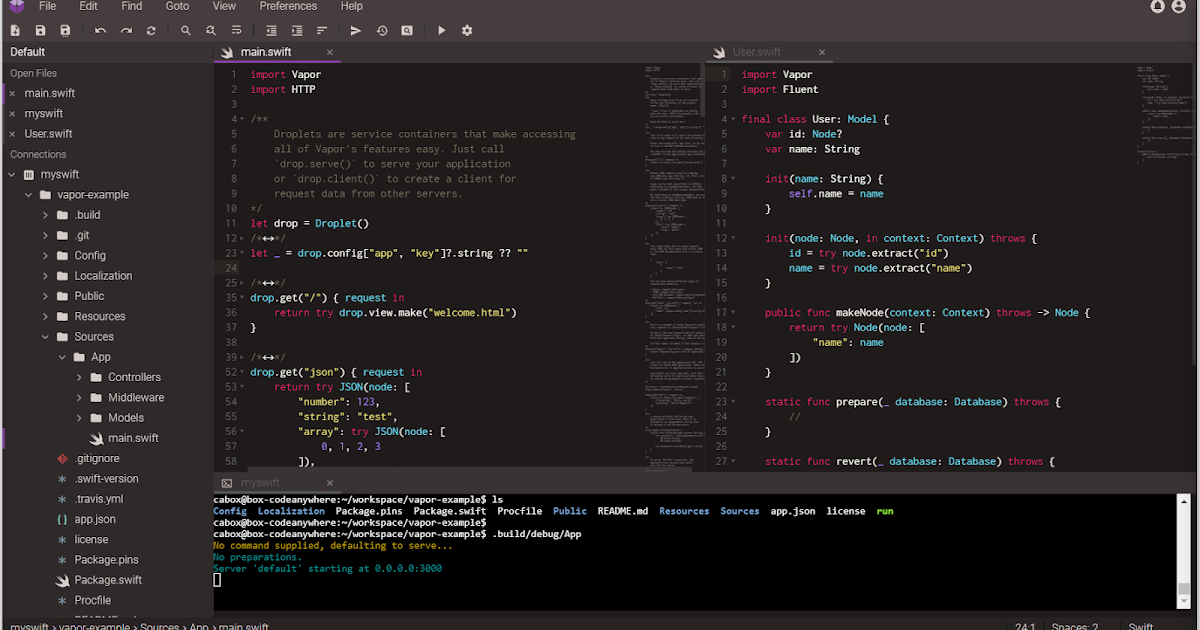 Swift was introduced as a proprietary language by Apple in 2014, and it was open-sourced in 2015. Initially, Swift is used mainly for iOS de...

hi @supernova,
yes, the container comes with Swift dev version 2.2, however if you refer to the instructions on this page (https://supernova1027.blogspot.com.au/2017/12/development-running-swiftvapor-in.html) in step #3, it explains how you can download and update the version to a later one. So based on the details available in that article, you should be able to even get the latest version of swift setup.

You are absolutely right. In fact, I have tried to upgrade to Swift 4.0 using the production release (back in last October), but it didn’t work due to some linking errors as mentioned in the article.

Thanks a lot for the advice.