Skybox and water not lit in Composition pass

Hi, I am trying to combine deferred lighting with skybox and water reflection. However the final scene is not lit: 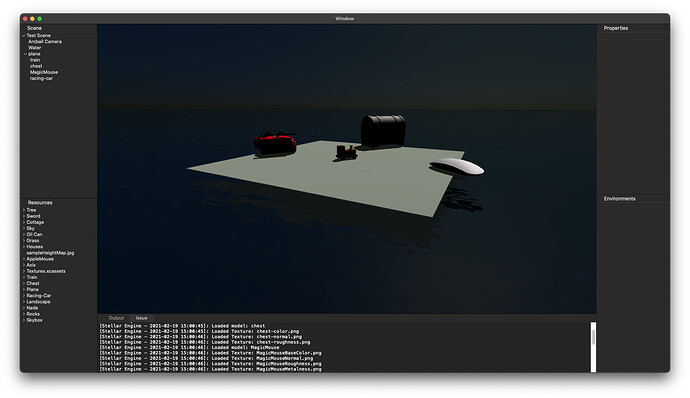 And here are my G-Buffer textures: 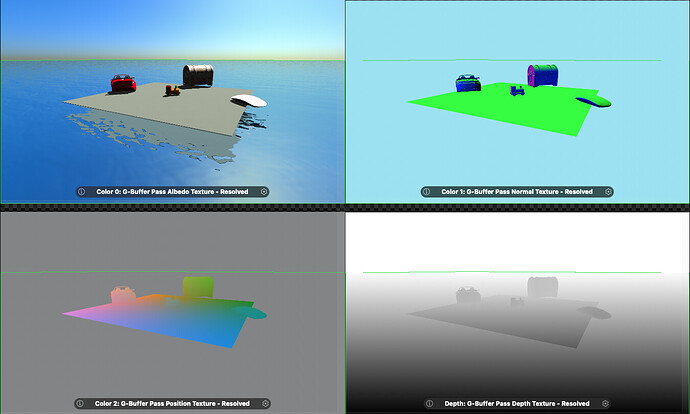 As you can see, after the albedo texture was passed into Composition Pass’s fragment shader, it gets darker. I think the problem has something to do with normal. Because in my fragment shader, the code I used to calculate Sunlight diffuse is:

the diffuseIntensity variable depends on the normal direction, and my skybox does not really have a normal.

My render flow is as following:

So is this the correct render flow? What am I doing wrong here?

It’s impossible for me to say without seeing the code.

Render flow looks fine. I would suggest taking a look at Apple’s sample code that does rendering with the skybox: Apple Developer Documentation

Is that a scene manager? Looks great

Hi Caroline, thank you for your reply. 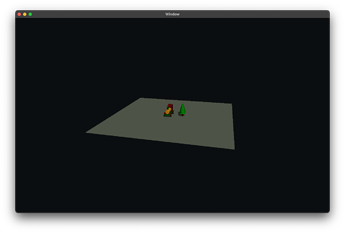 I would love to answer your question, as I have a feeling that there needs some kind of stencil on the background, to stop the composition pass using incorrect color pixels from the normal and position color attachment textures. But I’m not completely familiar with this code, and am swamped with other stuff for a few days, which is why I haven’t answered your other question either