Not sure where I should post this comment…
I was at the conference this year and I got the RxSwift book. I am trying to dive into it but I cant seem to find the source code for the tutorials.

Some people reported the link didn’t work on the day after the conference, but now should be okay - are you still experiencing this problem?

Typing in the url : www.raywenderlich.com/store/rxswift/source-code
does not bring me to the source code. It brings me to ios 5 by tutorials.

the link is wrong in the book, the actual url is : https://www.raywenderlich.com/store/rxswift/rxswift-source-code

Thanks, we’ll have to fix that before releasing officially the hard cover /cc @crispy8888

I believe this should be on(.completed)

yup, we’ll fix that typo in the next edition, thanks!

Thank you! I was going a bit crazy…

You’ll start by adding a Variable<UIImage>

but the code below shows

I think the paragraph is wrong 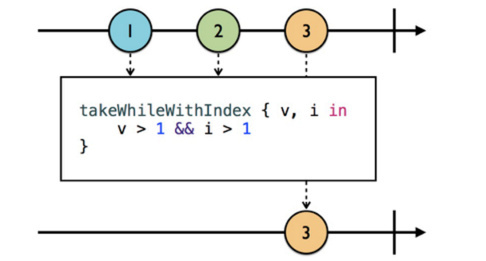 “In a similar fashion to the subscribe operators, on(.next(_

is how you add a”

2. Add two elements onto the subject.

Simple typo on p. 60: “Use Xode’s autocompletion” should be “Xcode’s”.

Page 223: Am I crazy or should elementsPerSecond be named secondsPerElement?

I see the Chapter 4, challenge source code solution is subscribing for onNext which should rightfully be for onCompleted, which is missing.