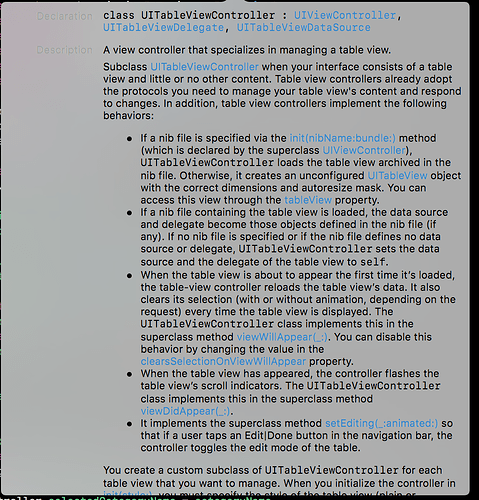 Thank you for help

@mamerlot Thanks very much for your question!

Do you get similar results when you try to launch the quick info tool for the “same” feature as in the iOS Apprentice by Tutorials (i.e. does the code from the iOS Apprentice produce more detailed results as opposed to the same code from yours)? I’m just curious. I’m asking because you’re showing a screen shot from one feature from a different code base, and a different feature from your code base. I’m wondering if that is happening just because of the feature, and not because of the code base itself? Just wondering.

Thank you so much for your response