I have a problem, I have latest version of Xcode 8 official release, and Im seeing blue rectangles instead of normal objects on the main storyboard, I Drag an Image, button or anything and it just shows a blue rectangle, I attach an image for you guys to see, Any clue on how to solve it? Someone else with the same issue? This is happening an all My projects, and just start happening suddenly… since the first day I was having no issue with this Xcode version. 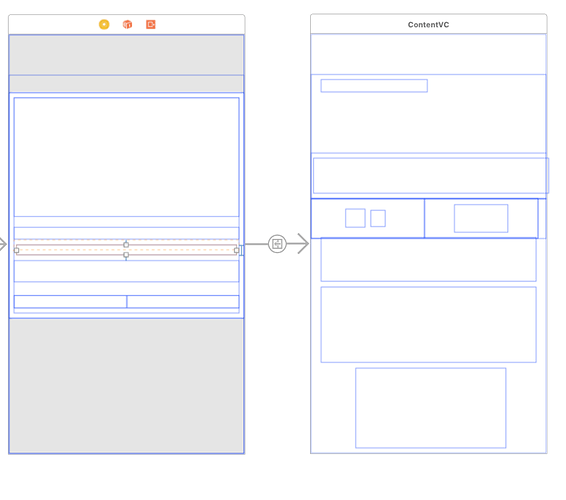 Actually it is not issue or bug. It is one features provided by Apple Inc. in new Xcode 8.0 version by default. It shows that how actually controls shows on your screen, so it try to show us grid with blue lines when we put any control on storyboard.

Also you can hide those blue lines by

Thanks for trying to help, but it actually doesn’t show any content at all, I Did what you said because someone else told me the same answer, and it didn’t work… the only thing that work, was restarting my mac.