Optimize get childrens from token only

My logic is want if user sent token string to server and i’ll get all pet of user.
so My code is

and result is working for me 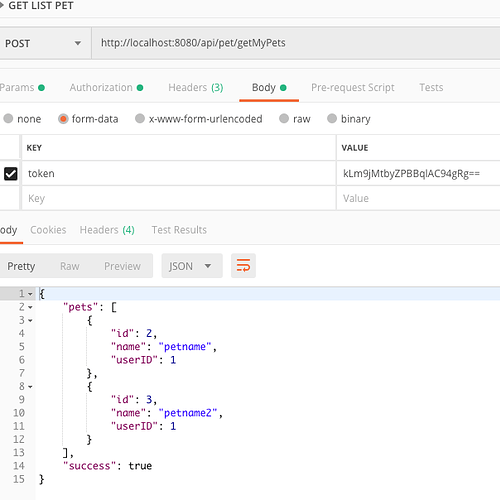 But im newbie at backend, I want to know if there is another way to handle this problem

@0xtim Can you please help with this when you get a chance? Thank you - much appreciated! :]

@choioi what you’re hitting there is the N+1 problem, which is a really difficult problem to solve. One way to do it is with this gist. Hopefully native Fluent support will come in the future

I want to confirm some @0xtim :

I thought that when using a foreign key, there would be advantages when accessing it rather than filter-based access

@0xtim Do you have any feedback about this? Thank you - much appreciated! :]

If your requirement is to use the token as a parameter in the request instead of the user as a URL parameter, then I would probably use an in-memory cache to store the token/user-id key-value pair when the user logs in.

Thanks for your suggestion, I will try the cache to see the results @michaeltansg