No Shadow After Importing MagicalVoxel Object to Xcode

3D Apple Games Version v. 2.0 shows us how to use MagicaVoxel to create a 3D block object. That’s great. So I’ve created a piggy object with that application. In the last chapter, it explains to us how you import an object file to Xcode. Well, if I import an object to Xcode, my piggy has no shadow on it. So it doesn’t look good. What am I doing wrong? I do have the Casts Shadow checkbox button on under Node Inspector. All my objects that I have imported to Xcode are shinny and no shadow on them. 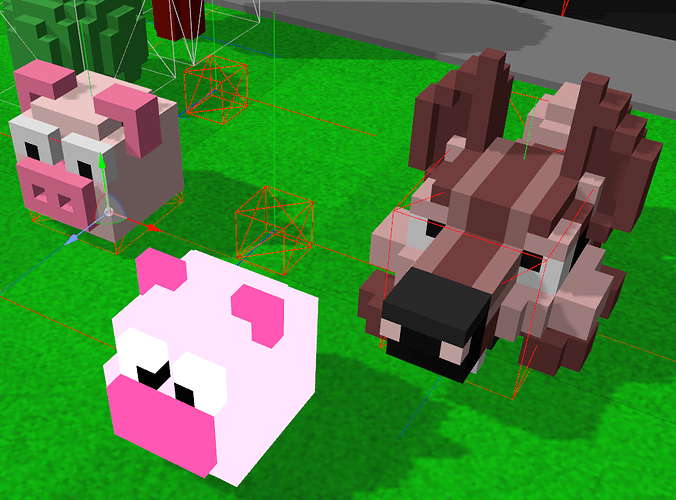 If I look under Geometry Sources of Attributes Inspector, I don’t have Normals for my object, which MrPig.scn and MrWolf.scn both have. I wonder what makes this difference?