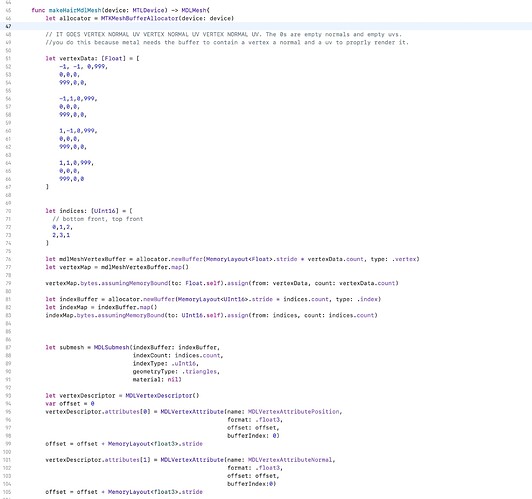 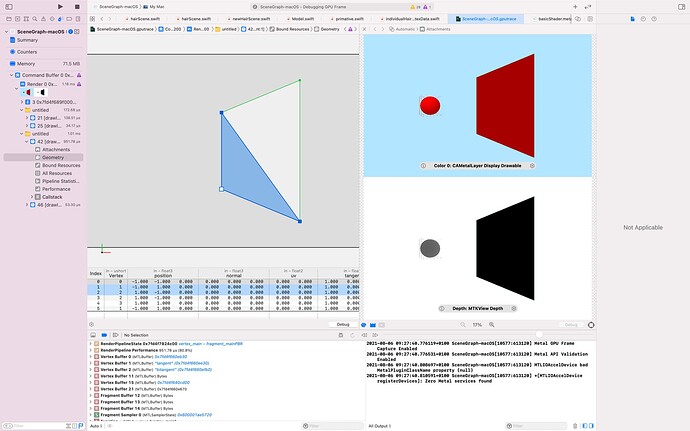 Hi Harry - yes I remember you. Something to do with glTF wasn’t it? Thank goodness we’ve moved on to USD.

Could it be your definition of UVs? Which are only supposed to have a u and a v. Your UVs seem to be 999, 0, 0. The vertex descriptor has a float2 correctly. 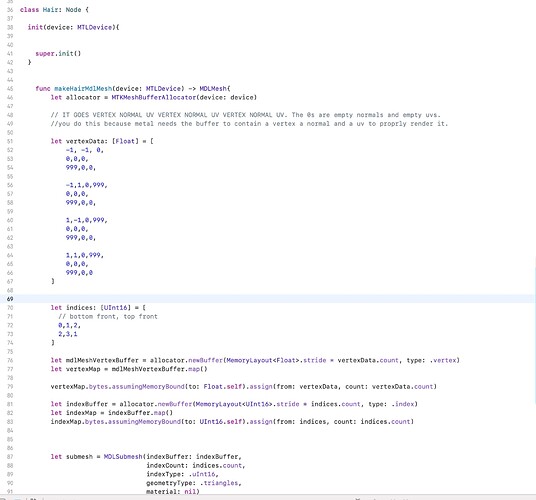 this is what appears in the gpu geometry view. 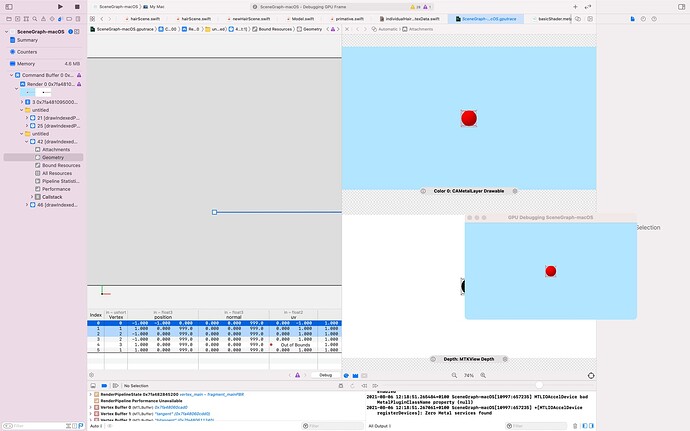 As you can see without the first 999 the program will completely ignore the x coordinate of the vertexNormal like it doesn’t even exist. Causing every other float to be pushed forward one place, resulting in an incorrect output

With the 999 as placeholders the code is actually working because it is producing the shape that I want, which is a square. However I do not understand why i need the 999s for it to work. I am very confused on why my program just seems to ignore specific indices of the vertex data. I want my code to work without the 999s but I cannot figure out why my program is just skipping certain values.

Are you able to give me the project to play around with? I find that’s easier to analyse what’s going on.

Yes definitely , I have sent the project to your email

(I have also messaged it to you just incase it didn’t go to your email). The file I was talking about earlier is in the Scenes folder and is called individualHairVertexData.swift.

I’ve had a look at it. And messaged you back with some code.

I think it’s to do with a vertex descriptor mismatch. It generally is, when the data in the Metal debugger doesn’t line up with what you think is in your MTLBuffers.

Instead of putting in random characters in your vertex data, you should define it exactly as you want it, and then make the vertex descriptor match. And I suggest having a struct on the Swift side such as

And then creating a vertexData array of [VertexData] rather than lots of Floats.

Here are some comments: