Issue with the Bobblehead enemy body

The body of the enemy seems to have an issue with how the parts are placed. 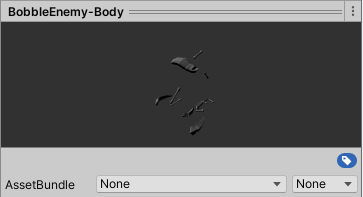 What version of Unity are you using? The book is currently designed for Unity 2018.1. Also, what version of Blender do you have installed on your system?

Ghostwolf is correct. The book currently supports Blender 2.79. You can download an older version over here: https://download.blender.org/release/

Thanks. I’ll try it.

Blender 2.8 is a pretty significant UI update from 2.79, so asking people who are just now picking up 2.8x because of the surge of new entry-level tutorials to fall back on a legacy version is a bit of a leap.

Also, Unity 2019 has been out for a bit now, any update on the book? I’m literally waiting to buy it because I don’t want to learn old software if the new releases are different. I’d rather learn the current version if I’m starting out now.

Hi Brian,
will the Unity book be updated or not ?

@bdmoakley Can you please help with this when you get a chance? Thank you - much appreciated! :]