If it makes a difference, I am using an iMac. 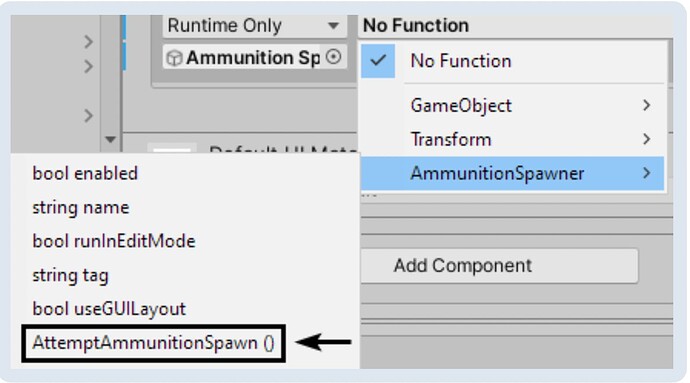 Hi @isloman! Welcome to the forums!

It sounds like the AmmunitionSpawner component wasn’t added to the Ammunition Spawner GameObject yet, but it’s hard to tell from your description.

Can you provide the following so I can help you troubleshoot the problem?

Thanks for replying to my initial posting.

It’s good to read that you were able to solve the issue by using the Intel version of Unity! That seems like a serious bug in the SIlicon version, or it might need some other build settings, but unfortunately I don’t have a device at hand to test that theory.

In any case, be sure to let us know if you have any other issues or questions and enjoy the rest of the book!