How can I create the waves, like water waves, in game?

I want to draw sound waves when my character jump. I don’t even know how to create these waves. They have to collision and reflect with the walls and other physical bodies (like so on the picture). 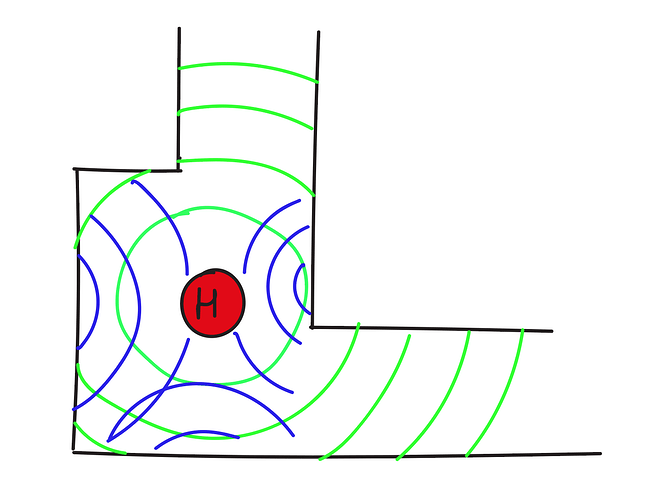 It looks really complicated - but have you tried to generate a ring of nodes emanating from the centre (H) with regular physics properties, so that they collide and reflect with the solid walls? They should travel outwards in all directions - try a for loop that generates a node for every degree (talking DEG not RAD) of angle. My only worry about this is the number of nodes that might be required but you would need to experiment to find the limits (where a device becomes too slow). It might even be nice to see the wave effect dissipating over time as the distance between nodes becomes greater.

I thought about it, but it looks really complicated.
Thanks for your answer!

Some of the best software is complicated, jump in and do it