Dear Colleagues,
I’ll be grateful if you appreciate my new work. This is basically an audio player. But with 3D scene with a character that can dance on playing music. An audio stream is transformed into dancing movements for the character. And these movements depend on playing music. I use sceneKit as a 3D framework and coreAudio as an audio engine.
The app can play iTunes music and internet radio as well. It has 4 dancing characters at this time, and a number of stage decorations and buttons skins.
I’m thinking about tvOS version. Actually I guess it will be even more attractive than iOS one.
https://itunes.apple.com/us/app/dancedanceplayer/id1215205674 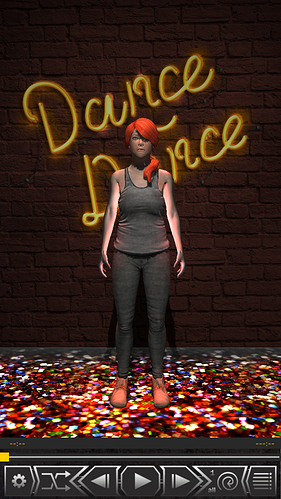