i tried with postman, the 1st time run show error OK, but the 2nd sent POST again will crash… what wrong? @0xtim 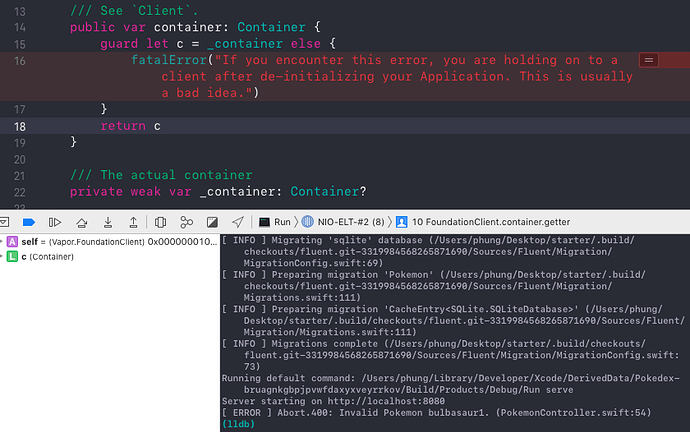 @tanner0101 Can you please help with this when you get a chance? Thank you - much appreciated! :]

@choioi Fyi this crash was introduced in 3.2.0 of Vapor, so may not have actually been your fault. If you run swift package update you should find it has been fixed