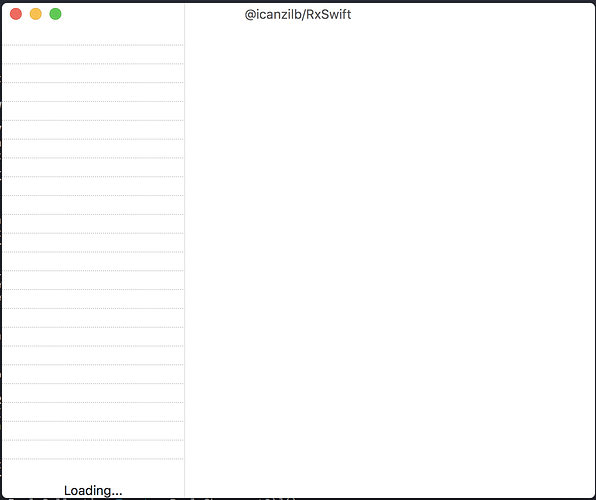 I’ve checked for this condition in the provided final solution as well and have the same results. I also made sure I was logged into Twitter through my Mac. I’m not having any issue with the ListPeopleViewController displaying the users in the iOS app, so I’m kind of racking my brain trying to figure out where the issue is with no luck. I’m relatively sure that the “people” Variable in the ListPeopleViewModel isn’t receiving any values, but I can’t really find where the values are being streamed in from or why this would only occur on the macOS version. I’m running this on Xcode 8.3.3 on macOS 10.13.

Hey there, the code in the book works on iOS10 and macOS 10.12. If you’re running 10.13 that’s most likely your problem - Apple removed Twitter integration in 2017. The upcoming Swift 4 version of the book will work on the latest Apple platforms.

Thanks for the fast response. I’ll just focus on the iOS portion and revisit when the book is updated!

right - if you run the app on iOS11 you will have the same problem, so make sure to test on the iOS10 Simulator before the new book version

I am trying to do this, but even though I have set up the twitter account on the simulator the app does not work. Any ideas how to get round this?

Not in my case it doesn’t, I can set the twitter account up OK, but the app doesn’t work. Not to worry I can still go through the tutorial with the Mac app which does work. Thanks.

Through the settings app. It logs on fine, although it does say twitter unavailable. I can see I have signed in by looking at the twitter dashboard. To be honest I’m not going to waste too much time on it. I can use the MacOS app so I can complete the tutorial. Unless you have a quick fix/workaround?