In this video Ray speaks of moving the slider view to content view’s ZStack, but instructions on screen indicate “HStack” instead. Probably a typo, but it messed me up a little, as when I paused the video I was looking at “HStack” and wouldn’t find that in my code.

my ocd got kicked off from that hstack and vstack! haha

Thanks for pointing this out! 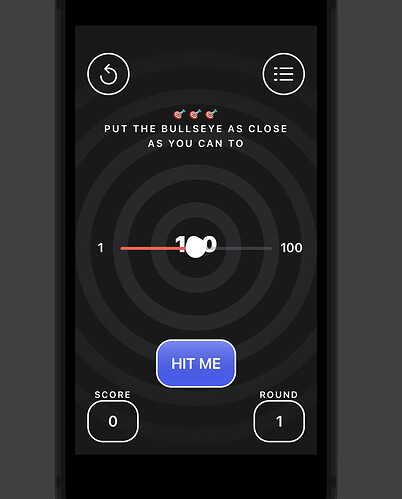 Am I making a mistake here?

I just tried adding a padding (top) to the Hit me button instead, and it works!