I have made some stuff with Blender, and i would like to know if i can use them in an iOS app/game [without using Unity]. The only reason i don’t want to go through Unity, is because everytime you load a game, it shows that “Made with Unity” splash screen, [unless you fork out $100+ for a pro Unity user or something]. Is there a way to export my stuff to use in iOS.

Well sure - Blender builds 3D models. You can display 3D models in iOS many ways, and one way is with OpenGL. It is still in Objective C, but have you had a look at How To Export Blender Models to OpenGL ES?

Can you give me a list of all the file formats that Xcode can convert to .scn? I can’t seem to find the answer anywhere. That would be a big help, thanks.

The ones I know for sure are Alembic (.abc) and Digital Assets Exchange (.dae) - these are the ones Apple list as “among those supported”. So while others may work this week, if it isn’t in the supported list I would not count on it moving foreward, you never know when unofficial support may change.

Can you get your assets in .dae without too much trouble? It is well-supported by a lot of authoring tools including Blender.

Ya, I can get them in [.abc], [.obj], and [.dae] (plus a few more that Xcode isn’t able to convert to [.scn]. The thing now is that when I convert it to a [.scn] file format, it looks absolutely terrible. I know there is the whole thing about lights and stuff, but thing never look this bad! Here is an example of what I mean below. I made a Voxel log cabin in MajicVoxel and when you render it inside MajicVoxel, it looks like the first screen shot, but Xcode’s is the second of the 2; see the major difference?: 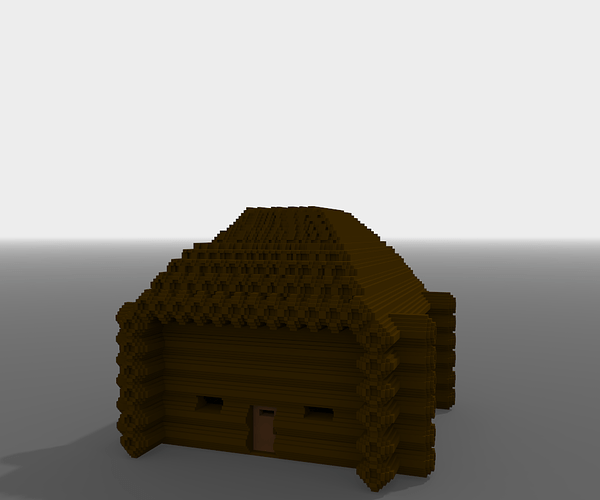 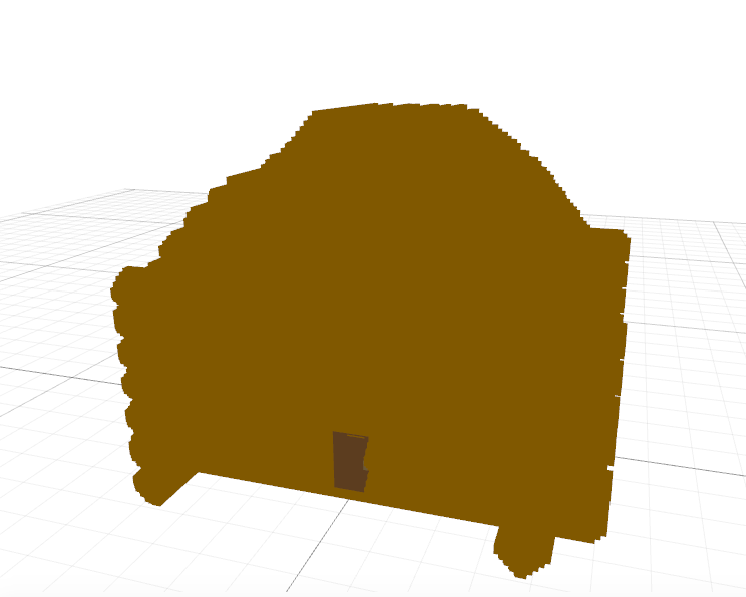 The thing with Blender models, importing them and using them in Xcode, is that they import alright, but there is no way that I know of to get the color for them; they are totally black. Usually, the way to put color on a model is to go to the Diffuse property in the Materials Inspector, and set it to the .png of the object [MajicVoxel gives one with the imported models, Blender doesn’t]. It usually looks something like this:

(this is the exact one for the log cabin above). Any ideas of what I can do about all this?? I really need get this all sorted out so I can use my creations and stuff correctly. Thanks.

Some lighting is definitely missing - any tweaks you can make to the export process? This is the only hint I can find in blender forums from people dealing with Xcode problems.

There really is no way that I know to export differently. I basically just export the model, and then convert to [.scn]. How would you suggest doing it. Side Note: So, what did you think of my log cabin creation?